If the symptoms of any of the following four eye conditions seem familiar to you, it could be time to book an eye examination with Geoff. 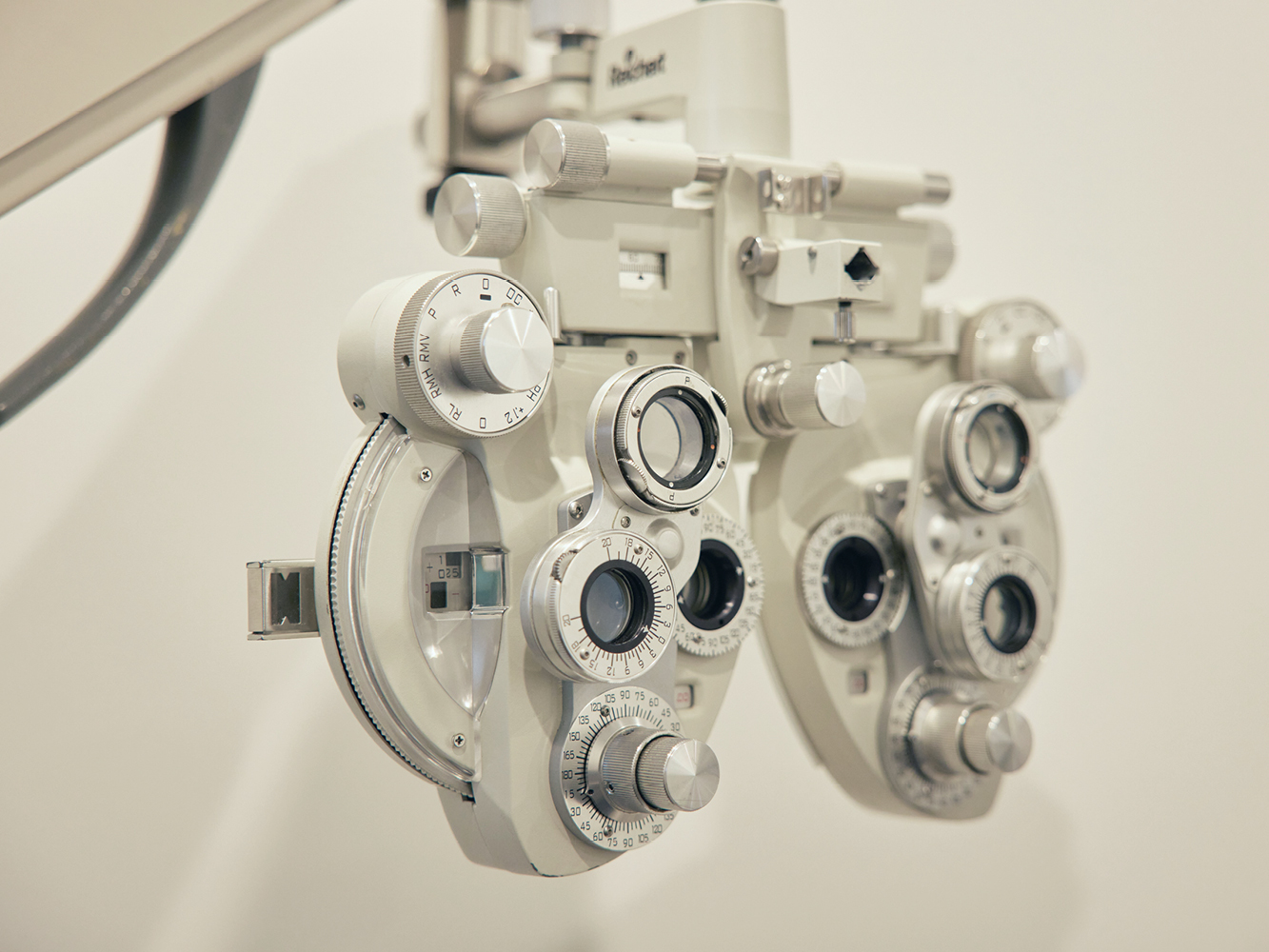 What is it? Generally as most of us hit our mid 40’s we find that our ability to read easily and clearly becomes harder. This is often worse when the light is poor and the size of the print is small. Most people hold reading material further away to get it into better focus and relate to this as a sure sign of getting older.

Where does it come from? Presbyopia is a very normal part of the way in which your eye ages. The lens inside the eye, which throughout life is responsible for focussing images on the back of the eye, slowly becomes less flexible and is unable to provide sharp focus for reading. Your long sight largely remains unaffected by this change. Presbyopia generally begins in the mid 40’s and continues to deteriorate until the early 50’s when it stabilises and stops changing.

How do I fix it? The most common way of correcting presbyopia is with reading glasses. These may be graduated, bifocal or just simple readers. Contact lenses are another option for resolving this problem and continue to improve in performance.

What will happen to my eyes in the future? As noted before presbyopia only deteriorates for a limited time. Although most people worry that their eyes will continue to get worse for the rest of their lives and their glasses will keep getting stronger and stronger, presbyopia does stop changing in the early to mid 50’s.

What is it? Also known as Myopia, shortsightedness causes things which are far away to be blurry and difficult to see clearly. Near vision is often very good. Typically the problem develops in childhood and early adolescence and gets worse at a steady rate until the late teens and early 20’s. A smaller group of people develop the same condition but to a much milder extent in their 20’s.
‍
Where does it come from? Shortsightedness is caused when the eye either grows too long or the front of the eye (the cornea) is too curved. In each case the focus falls in front of the retina (back of the eye) and is accordingly out of focus. The eye muscles have nothing to do with shortsightedness at all and cannot be used to improve the focus.

How do I fix it? There are many options to correct shortsightedness, the safest and simplest of which are glasses and contact lenses. Contacts come in many different forms, from daily to monthly suiting different wearing patterns. Sunglasses can also be made with prescription. Depending on the size of the problem it may be necessary to only wear glasses for driving or in class, through to full time wear.

What will happen to my eyes in the future? This is obviously very hard to predict, but generally most peoples eyes will continue to get worse for a number of years until they stabilise and stop changing. Despite extensive research there is no proven way to slow or stop shortsightedness. Wearing glasses has no effect on either speeding up or slowing the problem.

What is it? Also known as Farsightedness or clinically as Hyperopia, it is a very common condition. A “normal” eye when looking in the distance should be able to see perfectly clearly when completely relaxed. By contrast a longsighted eye which is often shorter than a normal eye, has to constantly use some focus to see things clearly in the distance. All this extra work causes the eye to be under constant strain but is even more apparent when doing things such as reading or using a computer. Typical complaints with longsightedness can include tired and sore eyes, mild headaches, lack of concentration when reading and some blurring when looking at small detail close to you.

Where does it come from? Generally most people are born longsighted and they lose this as they become teenagers as the eyes grows. For some though they never completely lose their longsightedness and it goes onto create problems later in life or during childhood.

How do I fix it? Longsightedness is easy to correct with either glasses or contact lenses. Depending on the size of the problem this may mean you need correction only occasionally or up to full time.

What will happen to my eyes in the future? This is obviously very hard to predict, but generally most peoples eyes will continue to change for a period of time and then stabilise. Whether you choose to wear glasses or not has no bearing on how much your eyes will change as this is largely determined by how longsighted you are and your age.

What is it? Astigmatism is a very common problem which comes about because the front surface of the eye (the cornea) is uneven or irregular in shape. This has the effect of distorting the light as it enters your eye causing the what you see to be slightly out of focus. This in turn causes the eye to have to focus harder in an attempt to clear up the image. As a result the normal symptoms of astigmatism include sore and tired eyes, occasionally headaches and things not being as clear as they should be. These symptoms are often tied in with long periods of computer use and are a cause of frustration for many people.

Where does it come from? Generally the majority of people are born with astigmatism as their corneas are irregular from the start. Typically the problem becomes more apparent as people become older as they can’t compensate for the problem as well any longer.

How do I fix it? Astigmatism is probably best corrected with glasses although it can also be solved with contact lenses as well. Which option depends on how much correction you need and your preferences.

What will happen to my eyes in the future? This is obviously very hard to predict, although generally astigmatism does not tend to get greatly worse over time. Most people find that they become more aware of the problem as they get older although it will have been with them most of their lives.